In the United Kingdom (UK) by Trinova Limited, which is authorised and regulated by the UK Financial Conduct Authority (FCA).The Trinova group entities are collectively referred to as “Trinova”. The registrations and memberships noted should not be interpreted as an endorsement or approval of Trinova by the respective licensing or registering authorities.

This website is only directed at professional, institutional or qualified investors and is not suitable for retail or individual investors.

If you are a retail or individual investor then please leave this website immediately.

This website is not directed at any specific jurisdiction. Financial products or services mentioned on this site are displayed based on certain registrations in relevant jurisdictions pursuant to the UK’s Temporary Permissions Regime or the European Directives on the coordination of laws, regulations and administrative provisions relating to the Alternative Investment Fund Managers Directive (Directive 2011/61/EU); however, there may be additional requirements or formalities which prohibit your investment. Accordingly, you are required to inform yourself and observe any such restrictions. Products or services mentioned on this website are intended only for distribution in those jurisdictions where the offering of such products and services is permissible.

The information on this website is not available to U.S. persons. As such by accepting these conditions you represent and warrant that you are not a U.S person as defined under Regulation S of the U.S. Securities Act of 1933, as amended.

This website describes Trinova’s capabilities and is for information purposes only. None of the material contained on this website is intended to constitute an offer to sell or an invitation or solicitation of an offer to buy any product or service provided by Trinova and must not be relied upon in connection with any investment decision. This website does not provide any specific investment advice and does not take into consideration the investment needs of any particular investor or investors. Further, no part of this website contains an offer to provide finance or any underwriting commitment to any person. The provision of finance or underwriting to any person is discretionary and is dependent (amongst other things) on lending and security criteria. It does not constitute an offer or acceptance of contract, or indicate an intention to enter into legal relations in any form.

Nothing in this website should be construed as investment, tax, legal or other advice.

There are risks associated with investment in the financial products and services provided by Trinova. Different funds or investments present different degrees of risk.

To the extent any information you provide or which we obtain from this website constitutes personal data, you consent to its processing by Trinova and its agents and other third parties. All such companies are required to maintain the confidentiality of such information. If you do not wish your information to be used in this way, you should advise Trinova by e-mail or in writing. You are entitled to a copy of the information we hold about you by writing to us and requesting it. Please see our Data Protection and Privacy Policy and Cookie Policy for more detailed information.

The content of this website should be construed under and governed by the laws of England and Wales and the courts of this jurisdiction will have exclusive jurisdiction in respect of any dispute that may arise, except where such content is expressed to be governed by the laws of another jurisdiction. If for any reason a court of competent jurisdiction finds any provision of the Important Information section unenforceable, that provision shall be enforced to the maximum extent permissible, and the remainder of the Important Information shall continue in full force and effect.

No part of this website may be reproduced in any manner without the prior written permission of Trinova.

Capital Tower Has Seen a Spate of Recent Lettings 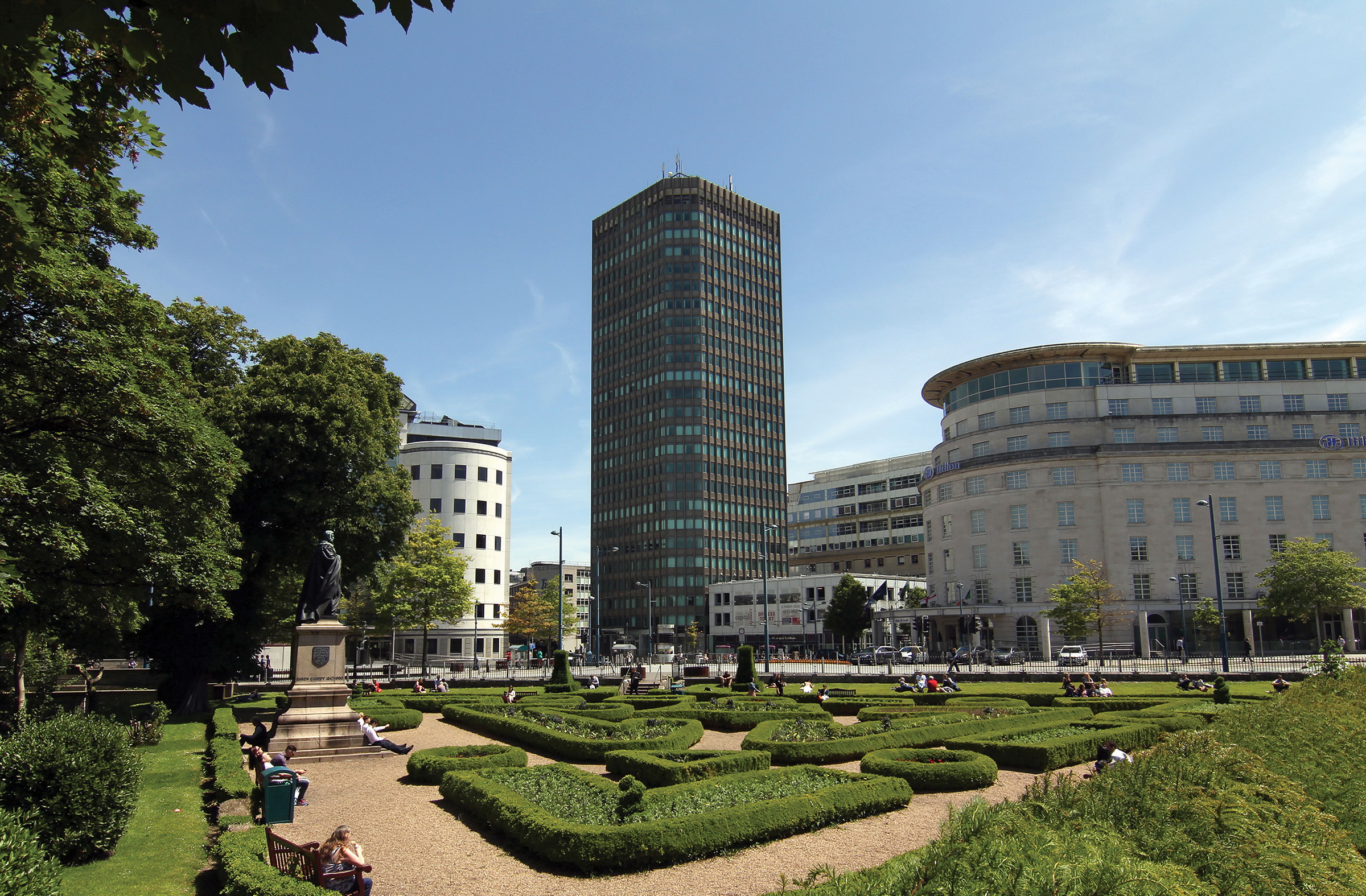 Trinova has secured a series of lettings at Cardiff’s tallest office building after significant investment to increase flexible leasing options.

Capital on Tap has expanded its presence with a longer term flexible lease on more than 5,000 square feet on the 13th floor at the 270-feet Capital Tower on Greyfriars Road in the centre of the Welsh capital, which Trinova bought for £25 million in 2018.

Existing tenant Randstad UK has signed a five-year lease renewal on 3,347 square feet on the seventh floor, and Pageant Media has extended its occupation of 2,253 square feet on the eighth floor. The lettings follow the arrival in earlier this year of social justice law firm Thompsons Solicitors, which signed a 10 year lease on a 2,299-square-foot office suite.

Trinova was represented in the transactions by Knight Frank and Fletcher Morgan.

Local business Kin & Ilk is also opening its fourth Cardiff branch in the building to serve speciality coffee and has taken a new 5-year lease.

The owners have developed a range of office options including office space under traditional lease agreements, and flexible options for tenants from a few desks in fully-serviced space, to a bespoke managed office agreement where the tenant pays a single monthly fee. These offerings is being operated by Chadwick Business Centres.

Mark Sutton, partner at Knight Frank, said the tower is now set up to accommodate a wide range of occupier requirements, from two desks for two months through to 100 desks for 10 years. “It’s an approach that is already proving successful with the changing dynamics of the office sector.”

Patrick Maher of the Chadwick Business Centre said: “A good example of the success of the new approach is New Wave Capital , trading as Capital on Tap, which initially took space for 70 workstations in the Capital Tower Business Centre last October for a term of 18 months.

“Due to the rapid growth and expansion of the business, it has now expanded to take the entire 5,413 square foot 15th floor on all-inclusive fully managed terms for a term of three years for a fixed monthly licence fee. The space will be provided with a full bespoke contemporary fit out for the occupier, also project managed by Chadwick Business Centres.”